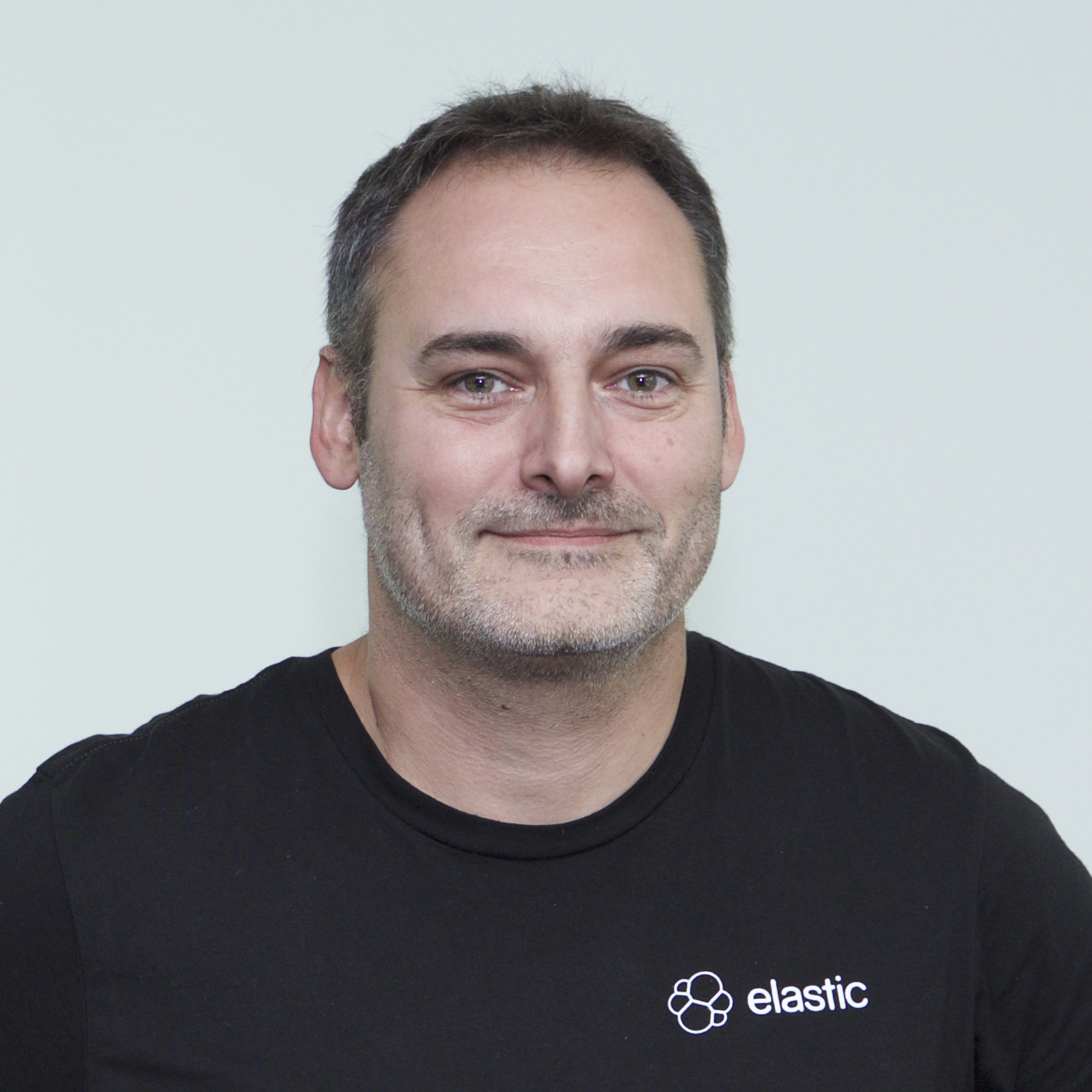 Developer | Evangelist at elastic and creator of the Elastic French User Group. Frequent speaker about all things Elastic, in conferences, for User Groups and in companies with BBL talks. In my free time, I enjoy coding and DeeJaying, just for fun. Living with my family in Cergy, France.

I discovered Elasticsearch project in 2011. After contributed to the project and created open source plugins for it, David joined elastic the company in 2013 where he is Developer and Evangelist. He also created and still actively managing the French spoken language User Group. At elastic, he mainly worked on Elasticsearch source code, specifically on open-source plugins. In his free time, he likes talking about elasticsearch in conferences or in companies (Brown Bag Lunches AKA BBLs). He is also author of FSCrawler project which helps to index your pdf, open office, whatever documents in elasticsearch using Apache Tika behind the scene.

You can see here the countries I have visited so far. Most of them are for business purpose but who said you can not do both: business and leisure?

Create your own visited countries map or check out the JavaScript Charts.
9 years! A whole new world.
I have been missing you! Indeed, last year, I have not been able to publish my anniversary blog post as I’m used to do every year since I joined Elastic 9 years ago. That was for a technical reason actually. I was using a old and not updated blogging platform and it took me a looooong time before I was able to invest time to switch everything to Hugo. So here we go! This year celebrates my 9 years anniversary at elastic but also a new blogging system.
2022-01-10
culture
career at elastic 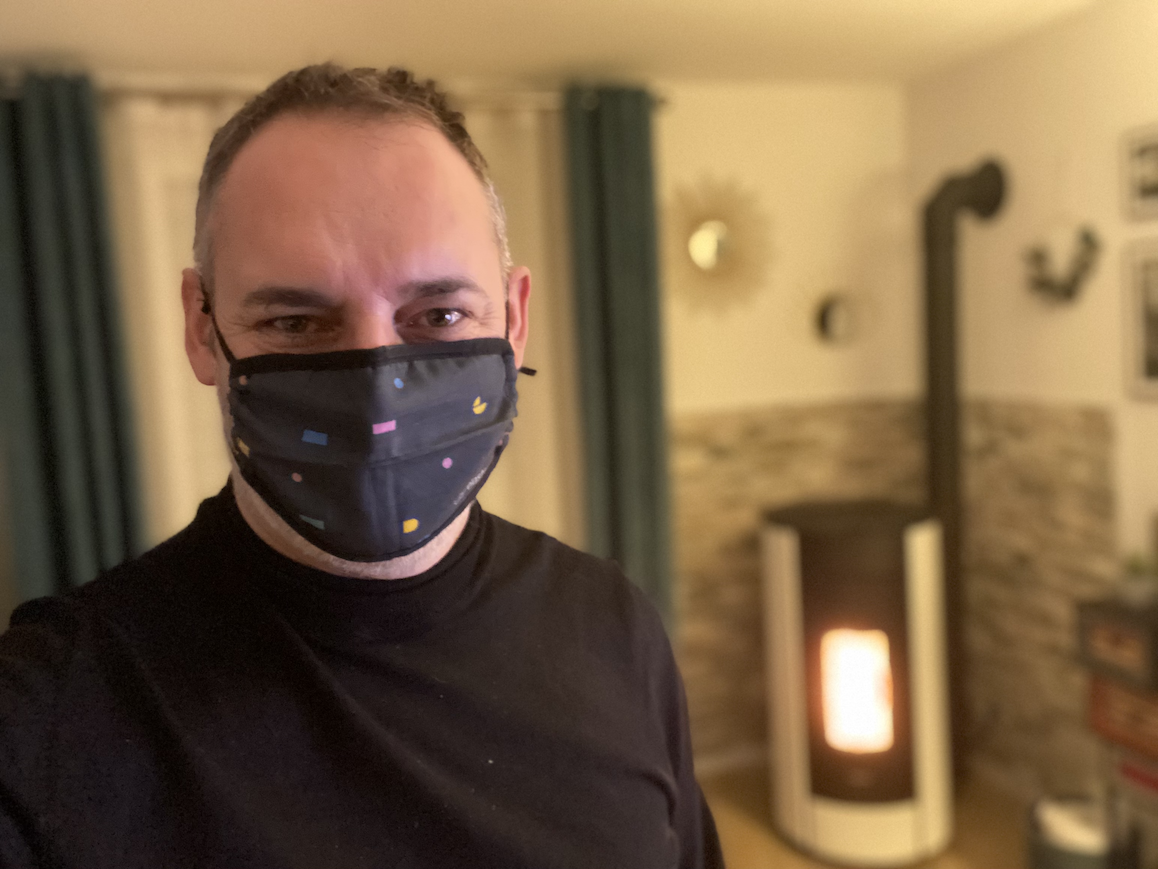 7 years! Finding the right balance
What a ride! 10 employees to around 2000 now. As I imagined 8 years ago, I still think that Elasticsearch (the product) and elastic (the company) are successful. Becoming a public company did not change a lot my daily activities. I’m still on the road meeting/building the community, specifically in France and making sure people are sharing the same love that we have internally for the products we are building. I’d like this year to focus this anniversary blog post on some items:
2020-01-10
culture
career at elastic 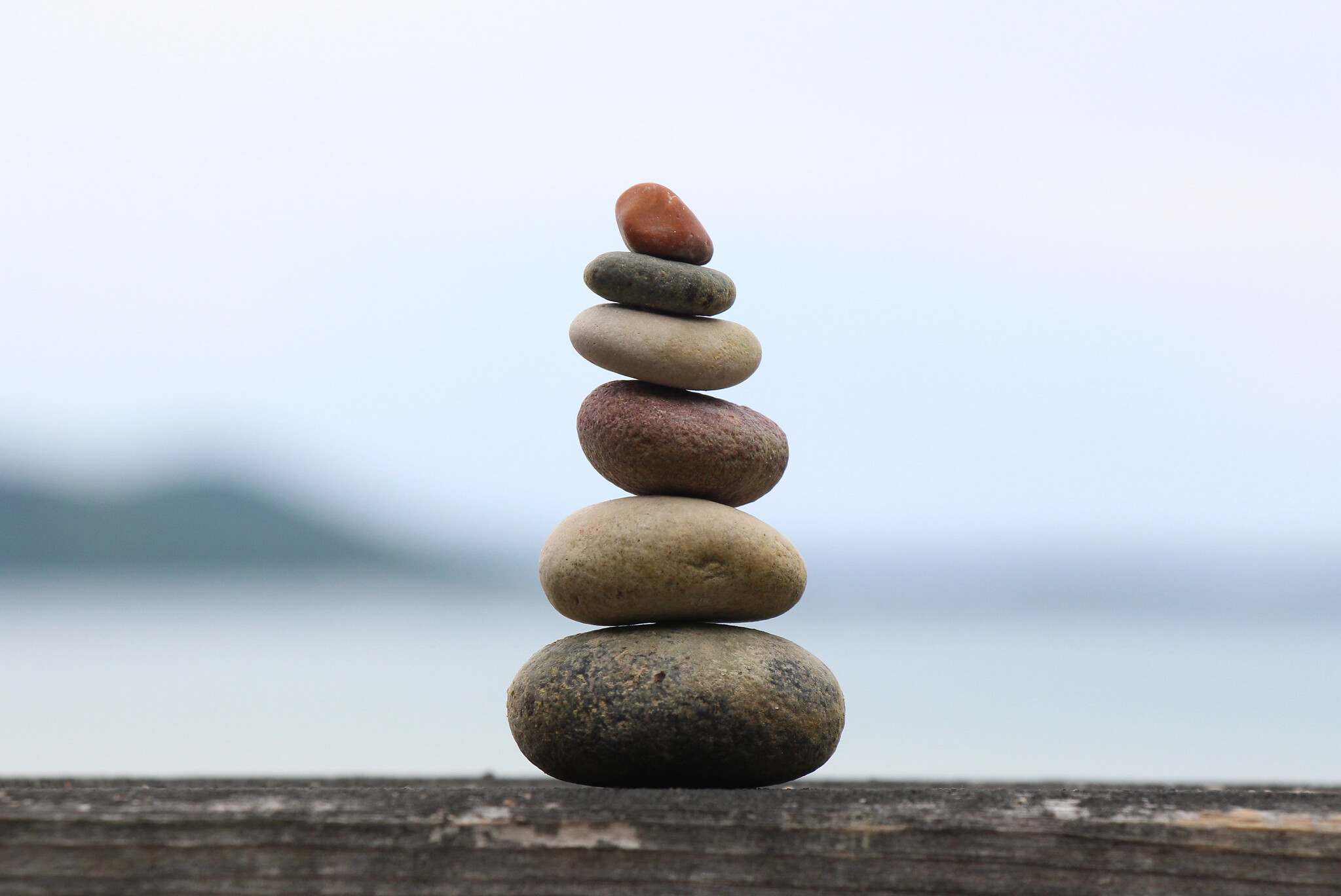 From a startup to a listed company. 6 years of fun!
When I joined Elastic (formerly Elasticsearch) it was a startup with 10 employees + the founders. As one of those first employees I was invited (with #elkie and my wife) to the NYSE event where Elastic went listed as ESTC symbol. Some of us there (Rashid, Karel, Myself, Igor, Costin, Luca, Clinton). Yeah. You are not probably used to see us wearing a suit! :) If you want to read again my story, it’s there:
2019-01-10
elasticsearch , tutorial
career at elastic 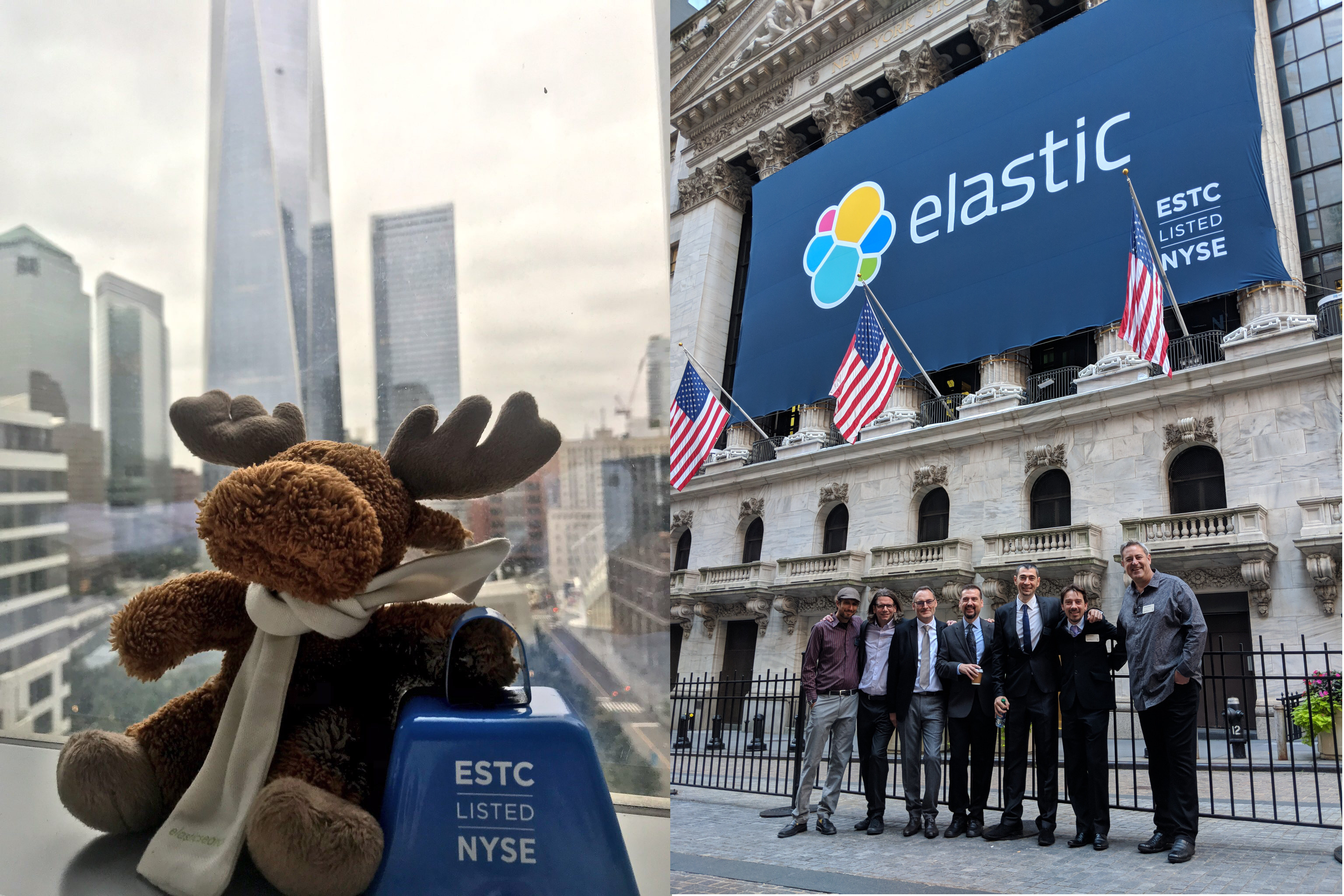 Enriching your postal addresses with Elastic stack - part 3
This blog post is part of a series of 3: Importing Bano dataset with Logstash Using Logstash to lookup for addresses in Bano index Using Logstash to enrich an existing dataset with Bano In the previous post, we described how we can transform a postal address to a normalized one with also the geo location point or transform a geo location point to a postal address. Let’s say we have an existing dataset we want to enrich.
2018-03-24
tutorial
bano 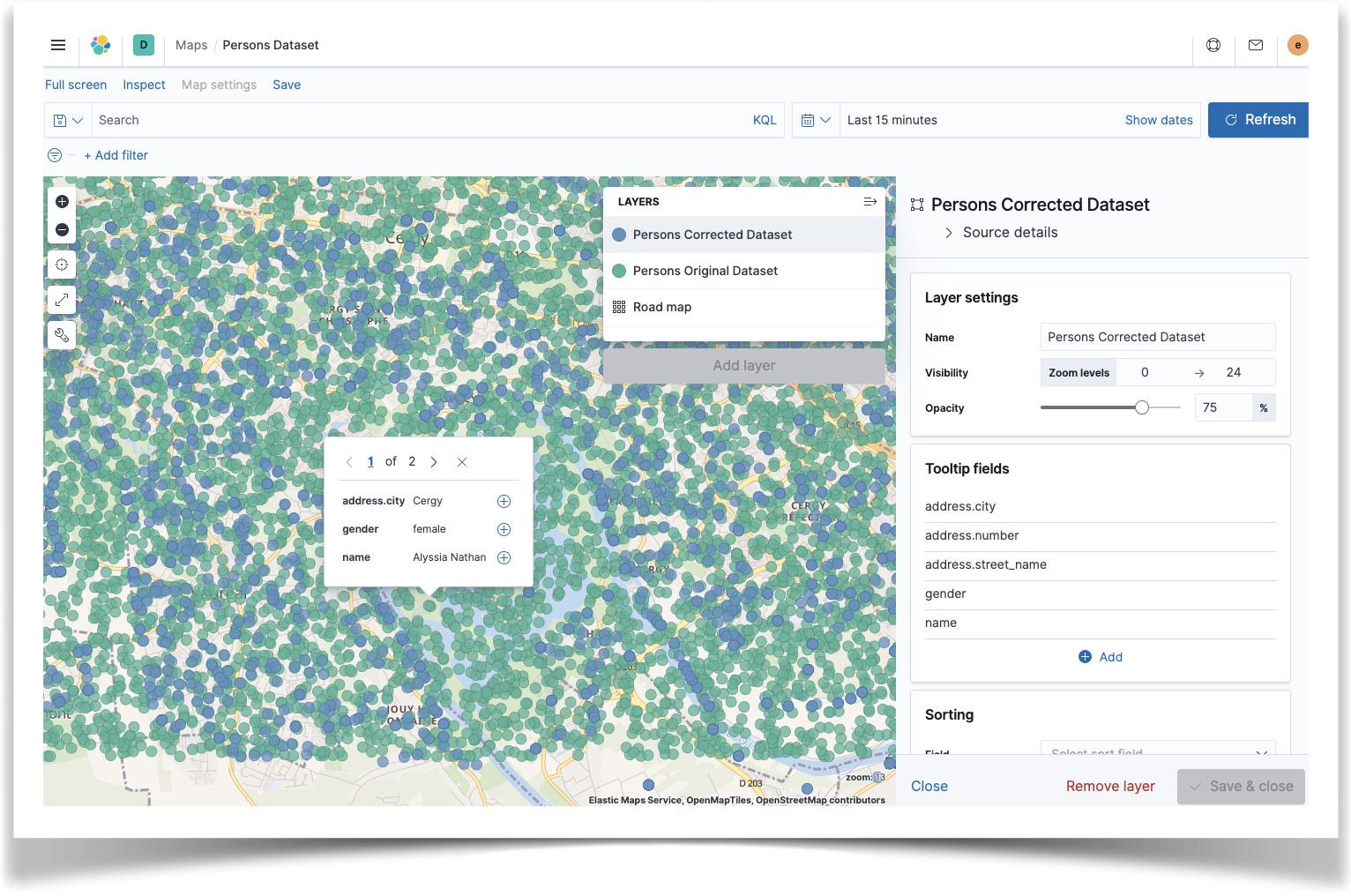 Enriching your postal addresses with Elastic stack - part 2
This blog post is part of a series of 3: Importing Bano dataset with Logstash Using Logstash to lookup for addresses in Bano index Using Logstash to enrich an existing dataset with Bano In the previous post, we described how we indexed data coming from the BANO project so we now have indices containing all the french postal addresses. Let’s see what we can do now with this dataset. Searching for addresses Good. Can we use a search engine to search?
2018-03-23
tutorial
bano 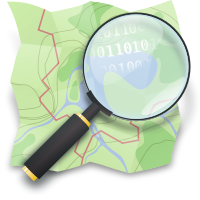 Enriching your postal addresses with Elastic stack - part 1
This blog post is part of a series of 3: Importing Bano dataset with Logstash Using Logstash to lookup for addresses in Bano index Using Logstash to enrich an existing dataset with Bano I’m not really sure why, but I love the postal address use case. Often in my career I had to deal with that information. Very often the information is not well formatted so it’s hard to find the information you need when you have as an input a not so nice dataset.
2018-03-22
tutorial
bano 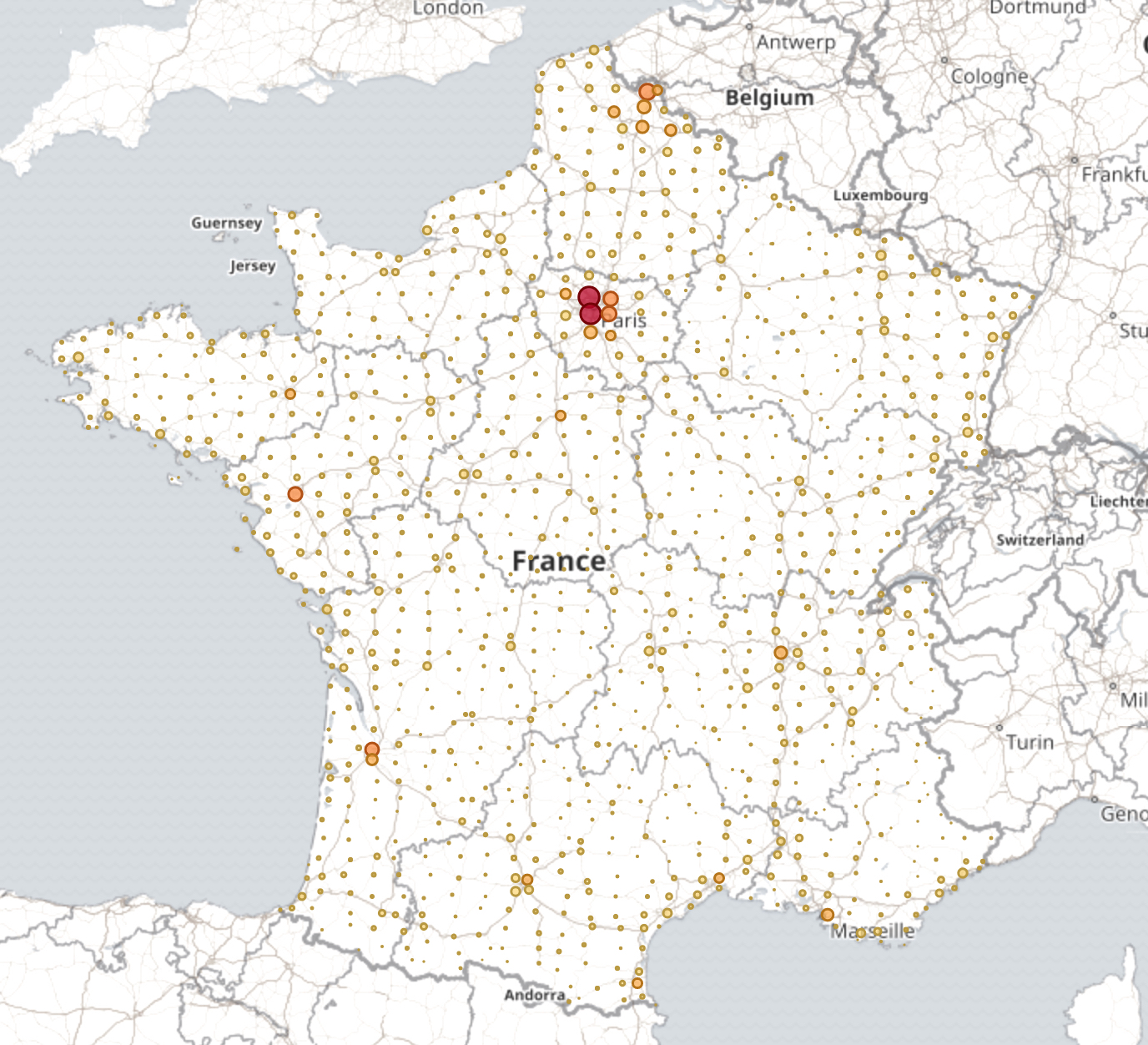 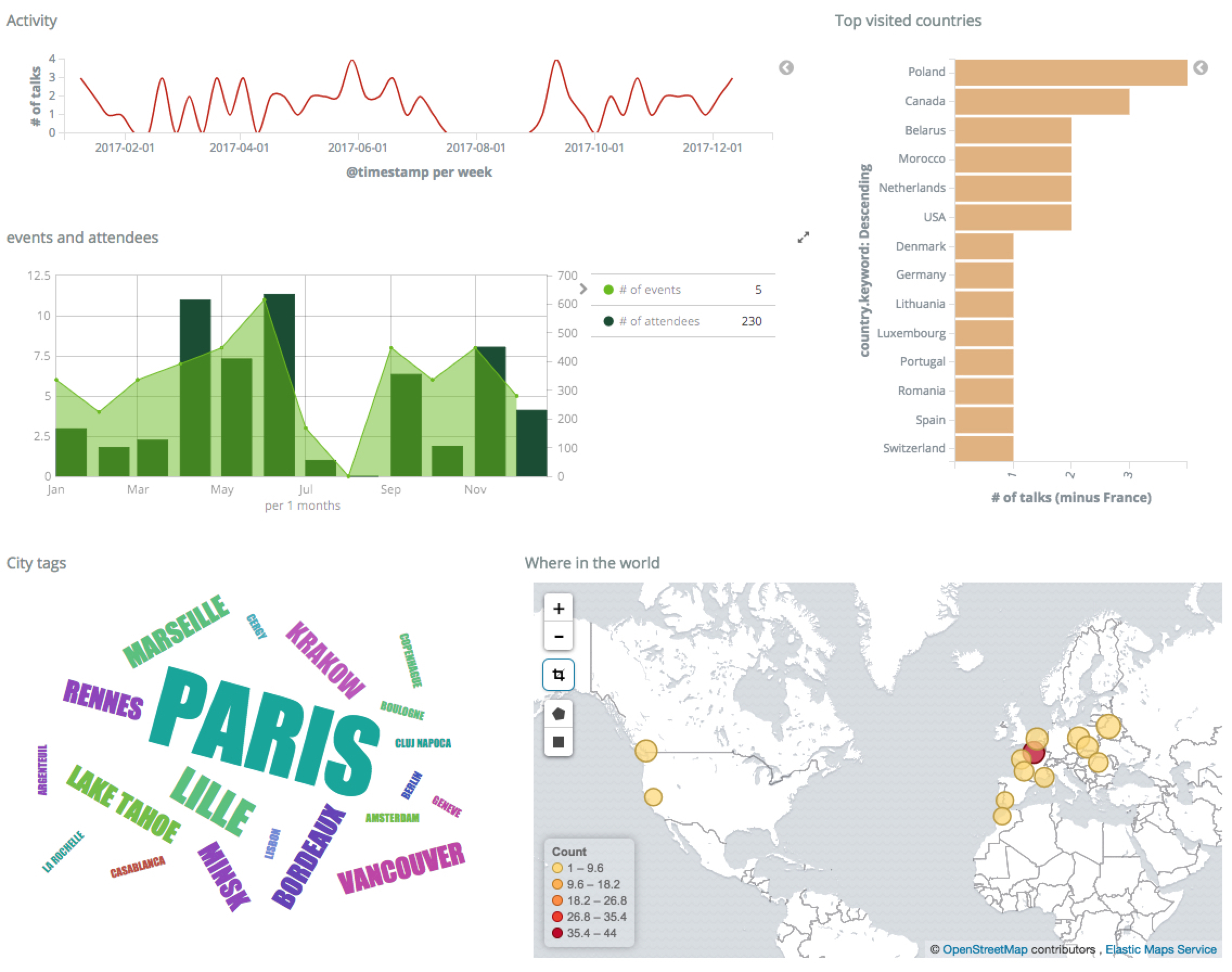 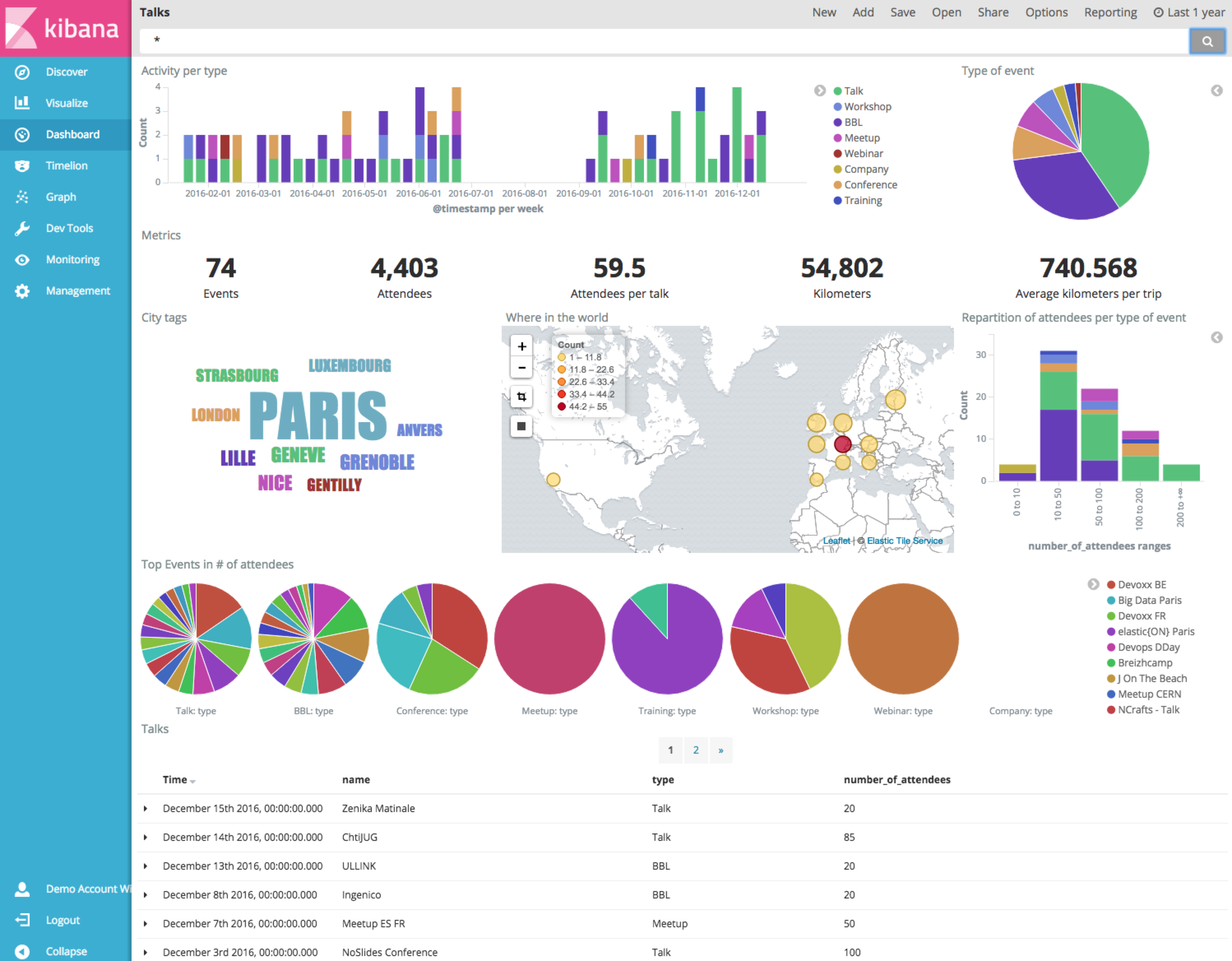 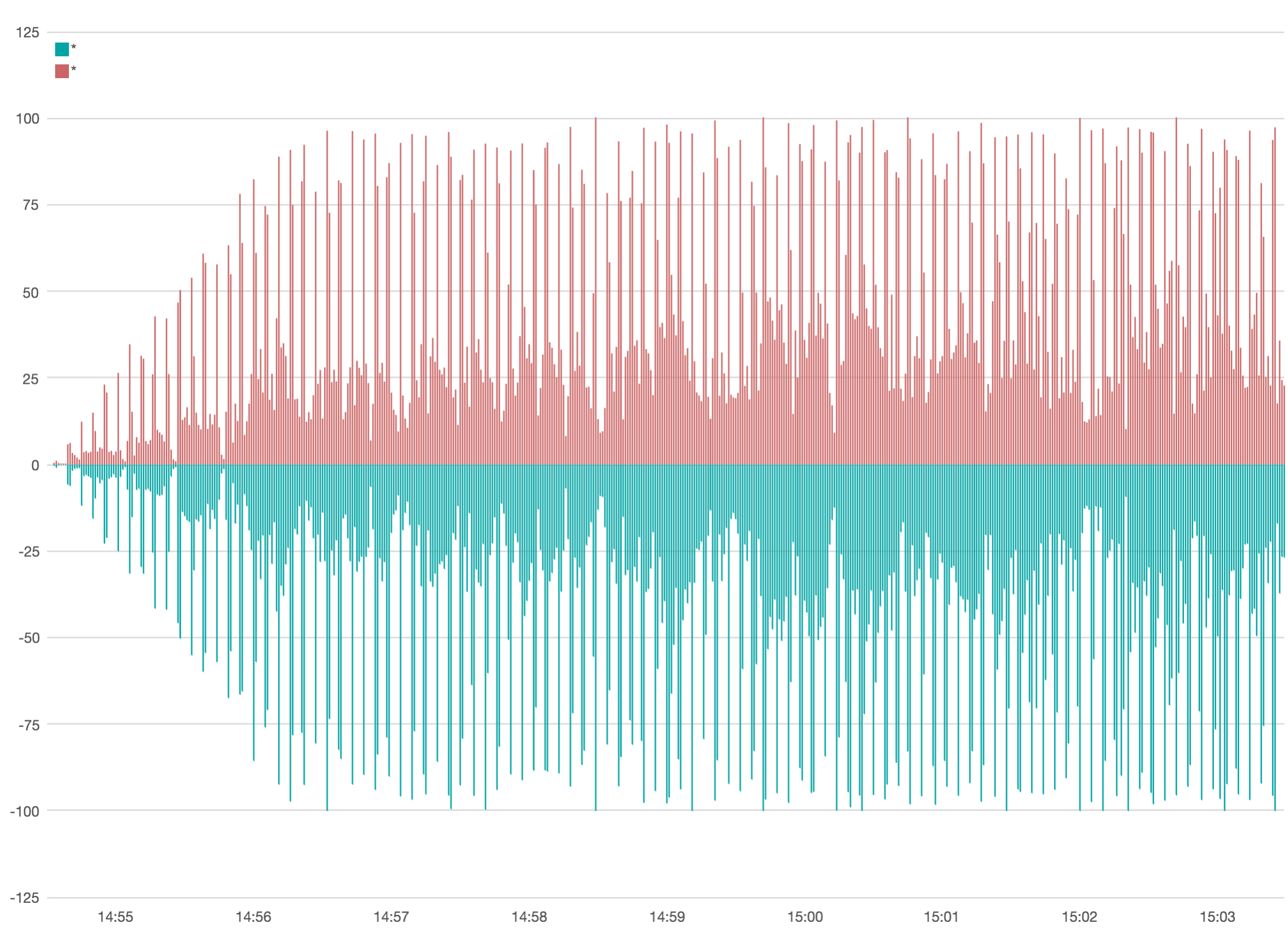 3 years! Time flies!
3 years! Can you imagine that? Already 3 years spent working at elastic? Time flies! 2015 has been an uncommon year for me. Not because Marty Mc Fly and Doc Emmett Brown finally arrived… Not because, Han Solo, Leia and friends were finally back again… But for technical and also personal reasons. On a personal side, I had to deal with two major issues which cause some slow down in my professional activities.
2016-01-12
culture
career at elastic 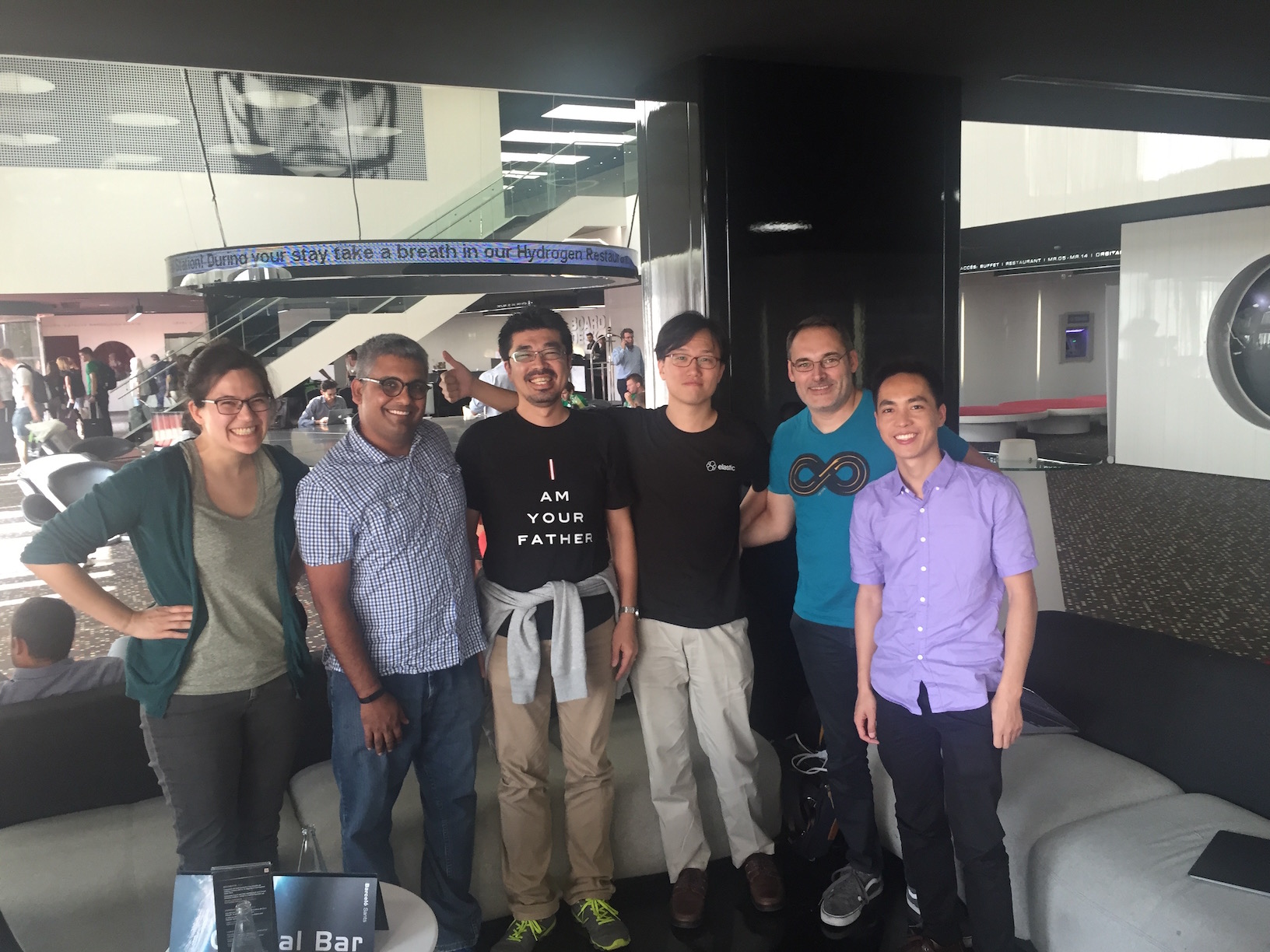 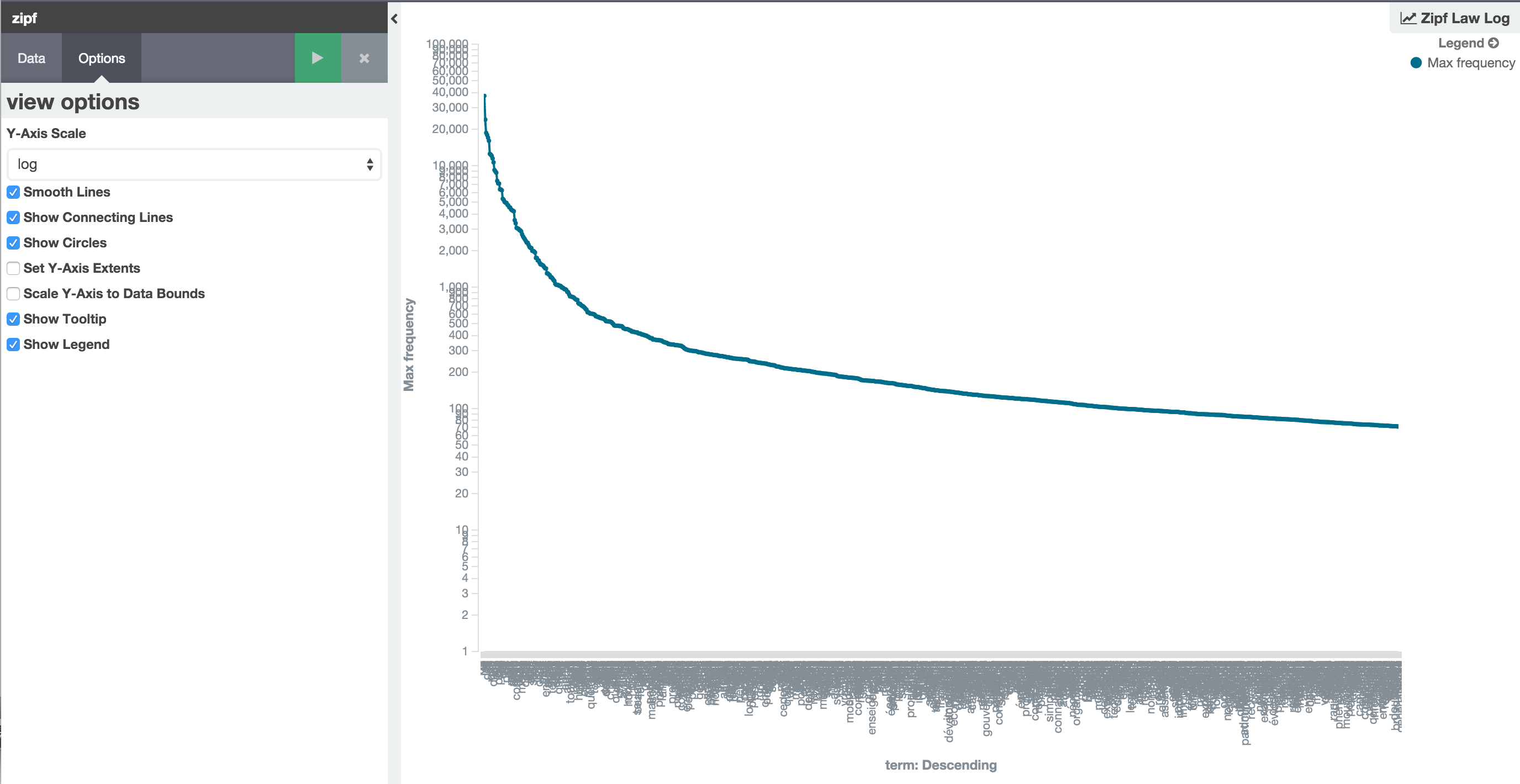 Building a directory map with ELK
I gave a BBL talk recently and while chatting with attendees, one of them told me a simple use case he covered with elasticsearch: indexing metadata files on a NAS with a simple ls -lR like command. His need is to be able to search on a NAS for files when a user wants to restore a deleted file. As you can imagine a search engine is super helpful when you have hundreds of millions files!
2015-12-10
tutorial 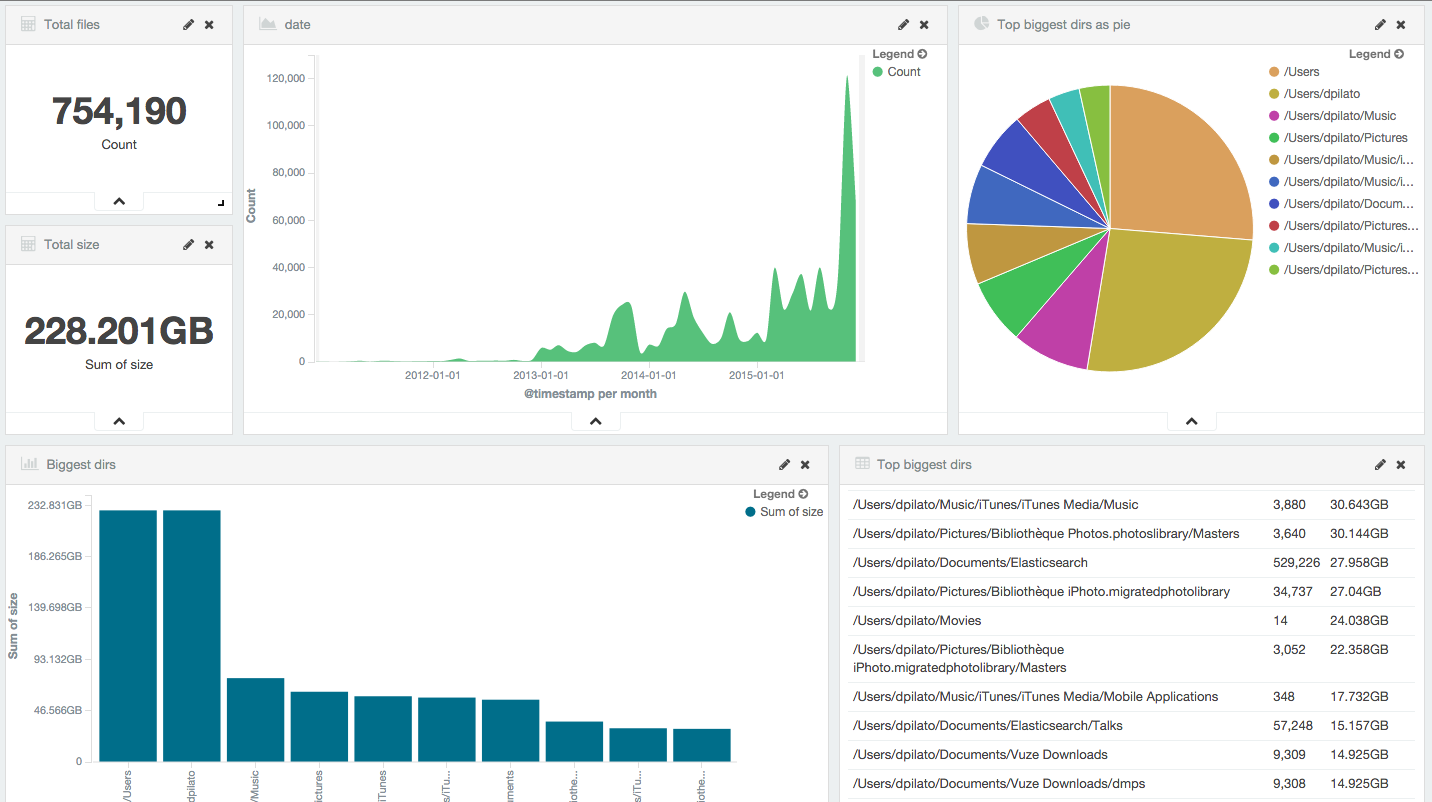 Index Twitter on found
Some months ago, I published a recipe on how to index Twitter with Logstash and Elasticsearch. I have the same need today as I want to monitor Twitter when we run the elastic FR meetup (join us by the way if you are in France!). Well, this recipe can be really simplified and actually I don’t want to waste my time anymore on building and managing elasticsearch and Kibana clusters anymore. Let’s use a Found by elastic cluster instead.
2015-11-17
tutorial
indexing twitter 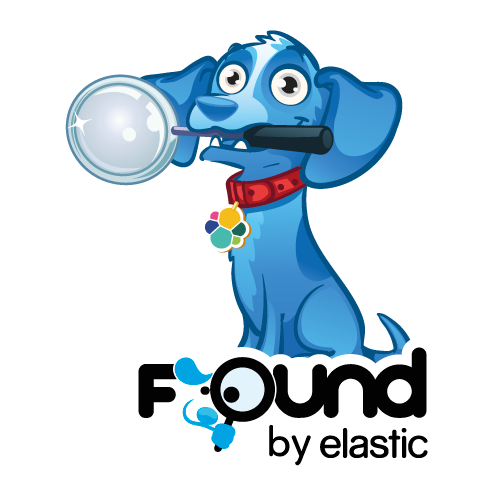 Next movie to watch based on recommendation
This article is based on Recommender System with Mahout and Elasticsearch tutorial created by MapR. It now uses the 20M MovieLens dataset which contains: 20 million ratings and 465 000 tag applications applied to 27 000 movies by 138 000 users and was released in 4/2015. The format with this recent version has changed a bit so I needed to adapt the existing scripts to the new format. Prerequisites Download the 20M MovieLens dataset. Unzip it.
2015-09-17
tutorial
Importing from a database without a database
Recently, I got a database MySQL dump and I was thinking of importing it into elasticsearch. The first idea which pops up was: install MySQL import the database read the database with Logstash and import into elasticsearch drop the database uninstall MySQL Well. I found that some of the steps are really not needed. I can actually use ELK stack and create a simple recipe which can be used to import SQL dump scripts without needing to actually load the data to a database and then read it again from the database.
2015-09-14
tutorial
Indexing Twitter with Logstash and Elasticsearch
I’m often running some demos during conferences where we have a booth. As many others, I’m using Twitter feed as my datasource. I have been using Twitter river plugin for many years but, you know, rivers have been deprecated. Logstash 1.5.0 provides a safer and more flexible way to deal with tweets with its twitter input. Let’s do it! Let’s assume that you have already elasticsearch 1.5.2, Logstash 1.5.0 and Kibana 4.0.2 running on your laptop or on a cloud instance.
2015-06-01
2015-06-02
4 min read
tutorial
indexing twitter 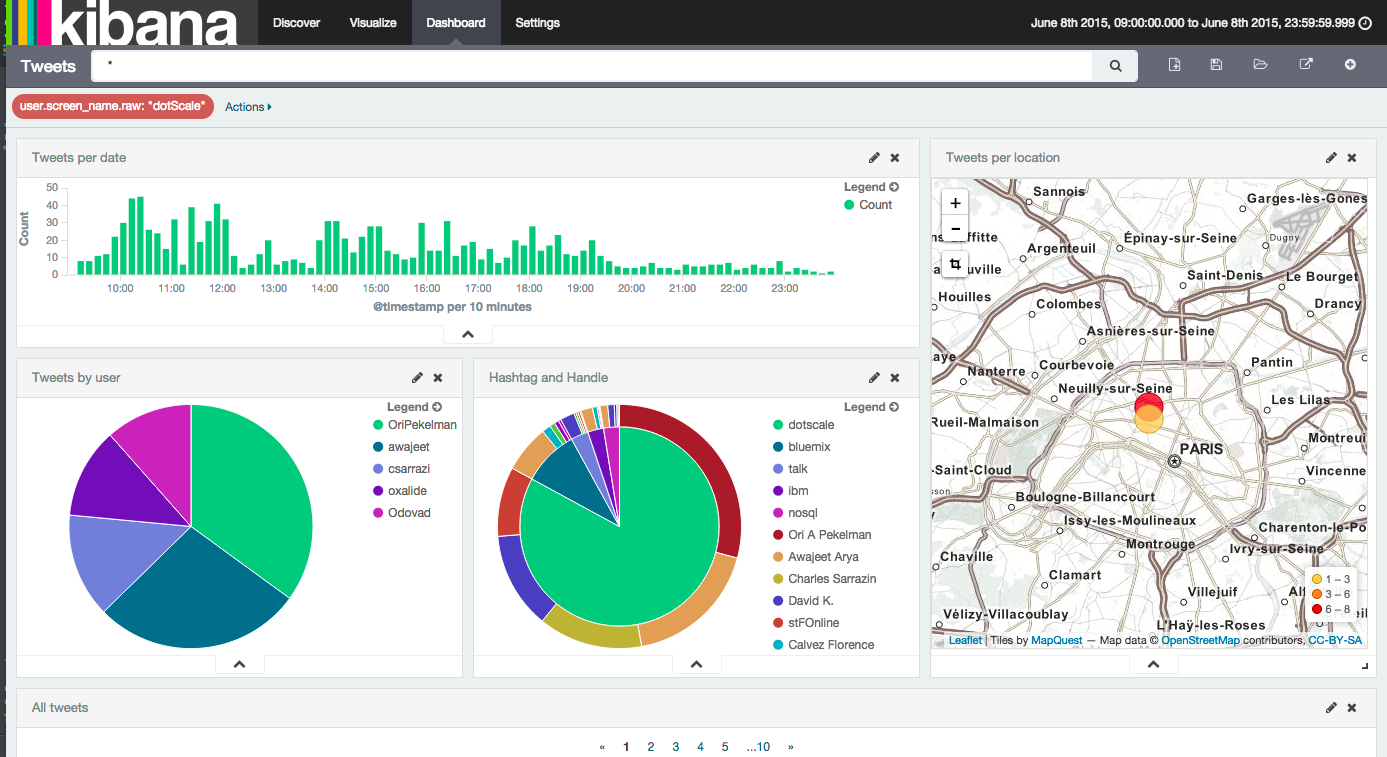 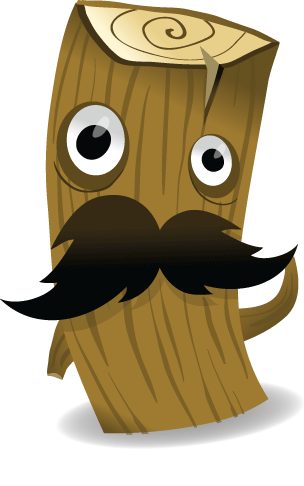 Using JS Auth with found cluster
Using Found by elastic cluster helps a lot to have a ready to use and managed elasticsearch cluster. I started my own cluster yesterday to power brownbaglunch.fr website (work in progress) and it was ready to use after some clicks! It’s a kind of magic! But I ran into an issue when you secure it and use the elasticsearch javascript client. Creating your cluster Found Console Adding ACL By default, your cluster is opened but you can fix that by opening “Access Control” menu.
2015-05-19
tutorial

Advanced search for your Legacy application
I gave recently a talk at Voxxed Istanbul 2015 and I’d like to share here the story of this talk. The talk was about adding a real search engine for your legacy application. Here “legacy” means an application which is still using SQL statements to execute search requests. Our current CRM application can visualize our customers. Each person is represented as a Person bean and have some properties like name, dateOfBirth, children, country, city and some metrics related to the number of clicks each person did on the car or food buttons on our mobile application (center of interests that is).
2015-05-09
tutorial

Devoxx France 2015
I gave recently a talk at Devoxx France 2015 with Colin Surprenant and I’d like to share here some of the examples we used for the talk. The talk was about “what my data look like?”. We said that our manager was asking us to answer some questions: who are our customers? how do they use our services? what do they think about us on Twitter? Our CRM database So we have a PostgreSQL database containing our data.
2015-05-02
tutorial 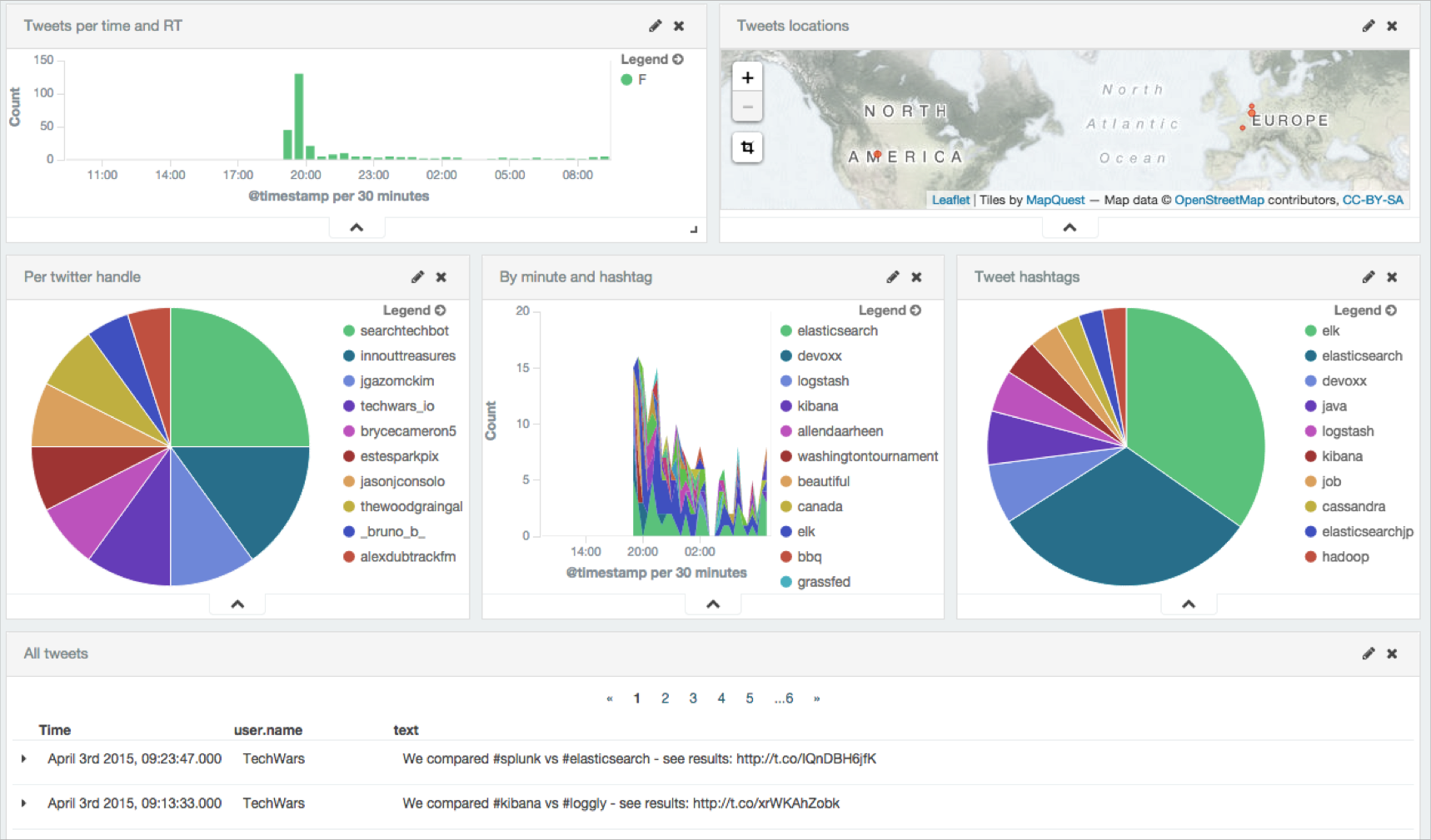 Exploring Capitaine Train dataset
Recently I saw a tweet where Capitaine Train team started to open data they have collected and enriched or corrected. Ouvrez, ouvrez, les données structurées. Capitaine Train libère les gares : https://t.co/y6DjWsbALF #opendata — Trainline France (@trainline_fr) April 23, 2015 I decided to play a bit with ELK stack and create a simple recipe which can be used with any other CSV like data. Prerequisites You will need: Logstash: I’m using 1.5.0-rc3. Elasticsearch: I’m using 1.
2015-04-28
tutorial

Using Log4J2 with Hibernate 4
I was trying to use Hibernate 4.3.8.Final with Log4J2 and I spent some hours to find why Hibernate was not using Log4J2 though it was declared in my pom.xml file. Actually, I hit issue JBLOGGING-107. The workaround is simply to add a more recent jboss-logging dependency than the one shipped by default with Hibernate 4.3.8.Final. <dependency> <groupId>org.jboss.logging</groupId> <artifactId>jboss-logging</artifactId> <version>3.2.1.Final</version> </dependency>
2015-03-05
tips
Once upon a time: Make your dreams come true
Oh wait! Already 2 years spent working for Elasticsearch? Time flies! After the first year, I wrote that I did 58 talks in 4 countries, 37 towns for about 18 000 kilometers traveled. I was pretty sure that things would continue to grow. This year, I spoke 78 times! Around 2 talks per week! I did around 48 000 kilometers. 8 000 km more than the earth’s circumference! I still can’t believe it… 12 countries. And no need to say that I love giving talks and sharing my enthusiasm about Elasticsearch!
2015-01-19
culture
career at elastic 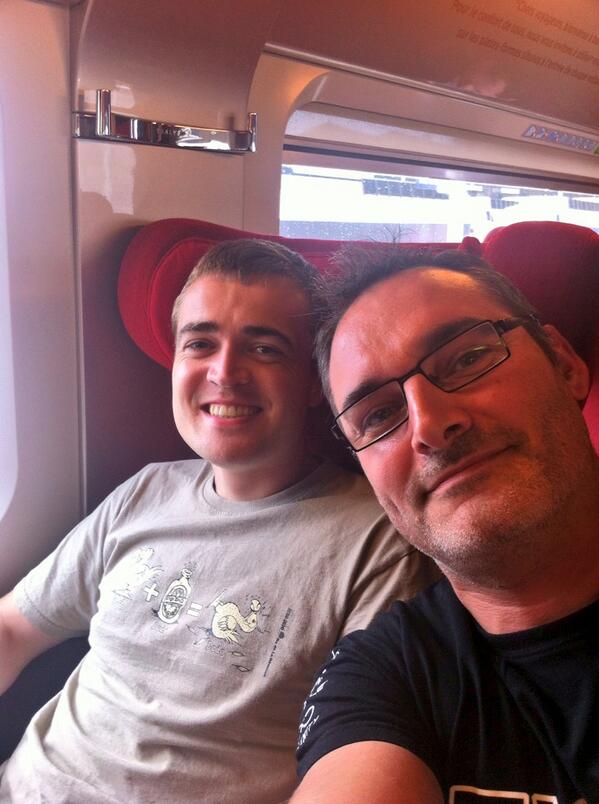 Once upon a time: a year later...
I joined Elasticsearch Inc one year ago. Those were pretty exciting days! But now… It’s more than that! Really! You could think that after one year, my motivation would start to decrease. I have the total opposite feeling. Still excited by my job, by the company and by the project, but most of all by the amazing team I’m lucky to work with! Everyone is different and each of us adds different value to Elasticsearch. Personally, I learn a lot from my co-workers.
2014-01-10
culture
career at elastic 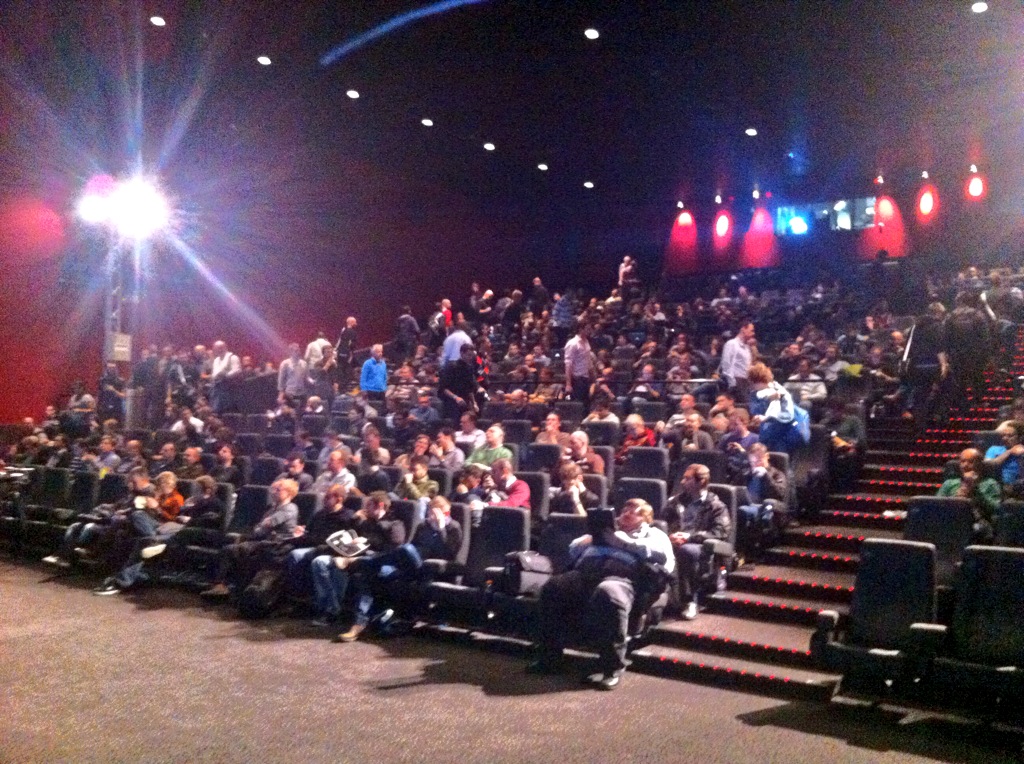 Once upon a time...
Once upon a time… In fact 2 years ago, I was looking for a way to make Hibernate search distributed on multiple nodes. My first idea was to store indexes in a single database shared by my nodes. Yes, it’s a stupid idea in term of performances but I would like to try to build it. Digging for source code, I came to the JdbcDirectory class from the compass project. And I saw on the compass front page something talking about the future of Compass and Elasticsearch.
2013-01-15
culture
career at elastic 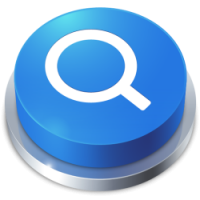